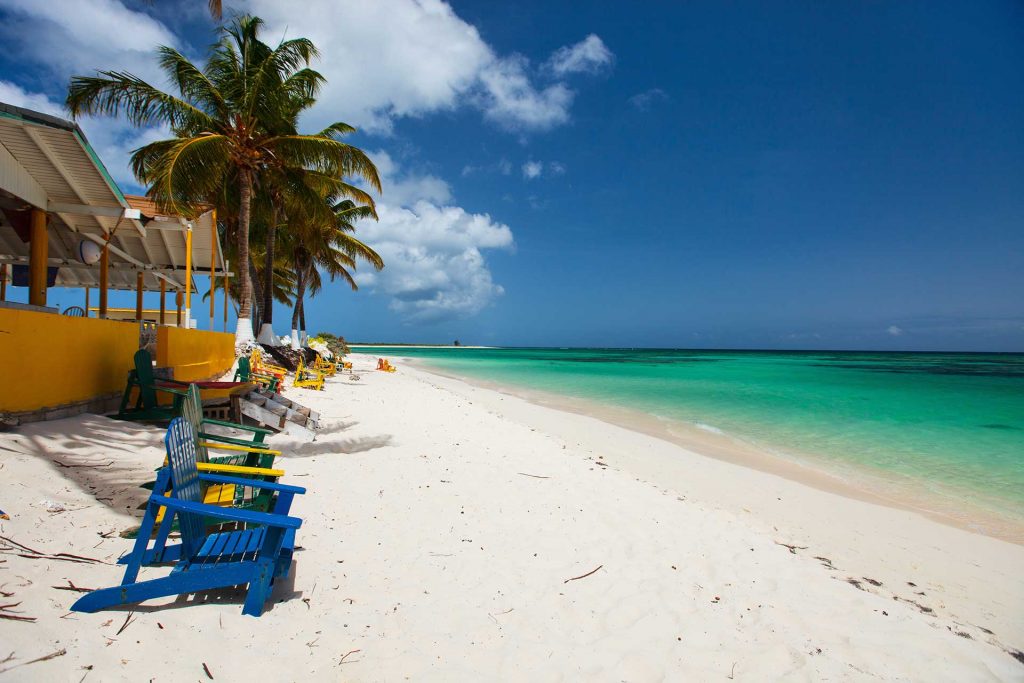 Anegada is an Island that is not often visited by larger charter yachts cruising in the Caribbean. The island lies about 15 miles North of Virgin Gorda, making it the Northernmost Island in the British Virgin Island chain.

Known for beautiful remote beaches, fresh lobster, and the best SCUBA diving and snorkeling in the British Virgin Islands, Anegada has something for everyone!

Anegada was formed by coral and limestone. A such it is not a volcanic island like many of this neighboring islands. At 15 square miles, Anegada is the second largest Island in the British Virgin Island chain. With only 300 citizens, it is the most sparsely populated.

The island is an exceptionally low and flat in comparison to its mountainous neighboring islands. The highest point on the island is only 28 feet above sea level, earning the name ‘Drowned Land’.

Anegada has numerous salt ponds and miles of white sandy beaches. She also has the largest Coral reef in the Caribbean.

The salt ponds, which cover most of the west end of the island, was at one time home to thousands of Roseata Flamingos. These birds were nearly made extinct by the early 1950`s. They were being hunter for food and their feathers. They are now just making a come-back to where their number are growing.

Anegada provides a perfect habitat for the Roseata Flamingos. These birds feed on microscopic aquatic creatures, such as Brime Shrimp, found in the salt ponds. This creatures contain Carotene which gives flamingos their distinctive pink tinted feathers.

Anegada is also well known for its 8 mile long reef called Horseshoe Reef. It is the largest coral reef in the Caribbean, and the fourth largest in the world!

It is no wonder Anegada is home to so many reef fish, turtles, lobsters, and conch. The reefs are responsible for most fish breeding that takes place within the British Virgin Islands. The abundant marine life, the reefs attract, makes Anegada great destination for snorkeling and SCUBA diving.

Over the years, the massive reefs that surround Anegada has made this area a major navigational hazard. Over the years the Anegada Reef Ships has sunk all kinds of ship on her reefs. There are over 300 shipwrecks lying in water’s surrounding the island. Many of them still undiscovered.

Pirates used these reefs as hide-outs for years making their living off the wrecks around Anegada. By moving the navigational lights so that passing ships thought they were safely sailing away from the dangerous reefs. Instead, they were sailing head-on into them. The locals would then salvage the cargo and divvy up the profits.

Besides this cruel way of having ships wreck on Horseshoe Reef, there was more interesting reasons for all these hundreds of ships wrecks.

When ships sailed from Europe towards the Caribbean, many Captains believed that Anegada was Puerto Rico and therefore did not think about any hazardous reefs surrounding.

Another interesting fact, Horseshoe Reef is 18 miles long  extending out to sea for approximately 8 miles. In those days visibility from the top of the masts of the ships was only about 7 or 8 miles. By the time a ship spotted land they were already near the outer fringe of the reef. You think they would have installed a lighthouse with a few navigational aids by now.

Fishing is main source of income for the locals living on Anegada The local fisherman supply most all fresh fish and lobster served in the British Virgin Islands .

When on charter your Captain will be happy to introduce you the best Anegada beach bars and restaurants. Here you will dine al fresco and feast on fresh lobster or succulent fish pulled from the water by the local fisherman that day. On the other hand, you might just try the unparalleled baby back ribs, barbecued chicken, lamb chops, or steak.

This Island is perfect to just chill-out and wind down. This is the ultimate Caribbean getaway – the rest of the world seems a million miles away. Here your troubles melt away.

Cow Wreck Beach, Flash of Beauty, Bones Bight, and Windlass Bight are some of the beautiful beaches where you can relax under the shade of a palm tree or sea grape tree in perfect harmony with nature, undisturbed by the modern world.

One of the highlights of a trip to Anegada is the excellent snorkeling the reefs provide. There is a maze of tunnels, drops, and caves, all with rich marine life. SCUBA divers will find angelfish, stingrays, triggerfish, parrotfish, blue tang, and horse-eye jacks around the many shipwrecks.

The Anegada Rock Iguana is indigenous reptile to the island. Unfortunately it’s an endangered species. The Island has a special rehabilitation program for these unique animals to rejuvenate their population.

Due to its remote geography, sparse population, and Indigenous culture, Anegada is truly a world apart.

Glistening white sandy palm-fringed beaches where warm wind caresses your wanderlust spirit, infusing you with multicultural rhythmic vibes, surrounded in a serene landscape. That’s a Caribbean experience for you.  Caribbean islands are the ultimate tropical getaway for anyone planning a nature excursion away from bustling city life. It’s where evenings are dipped in red and […]

A Gourmet Lunchion Aboard the 105 ft. Motor Yacht – OUTTA TOUCH

A month ago, I was down in St. Thomas attending the Annual USVI Fall Charter Yacht Show put on by the Virgin Islands Professional Association produced and managed by the very personable Oriel Blake and her extremely hard working staff. The 4 day show was a tremendous success with about 70 luxury yachts on […]