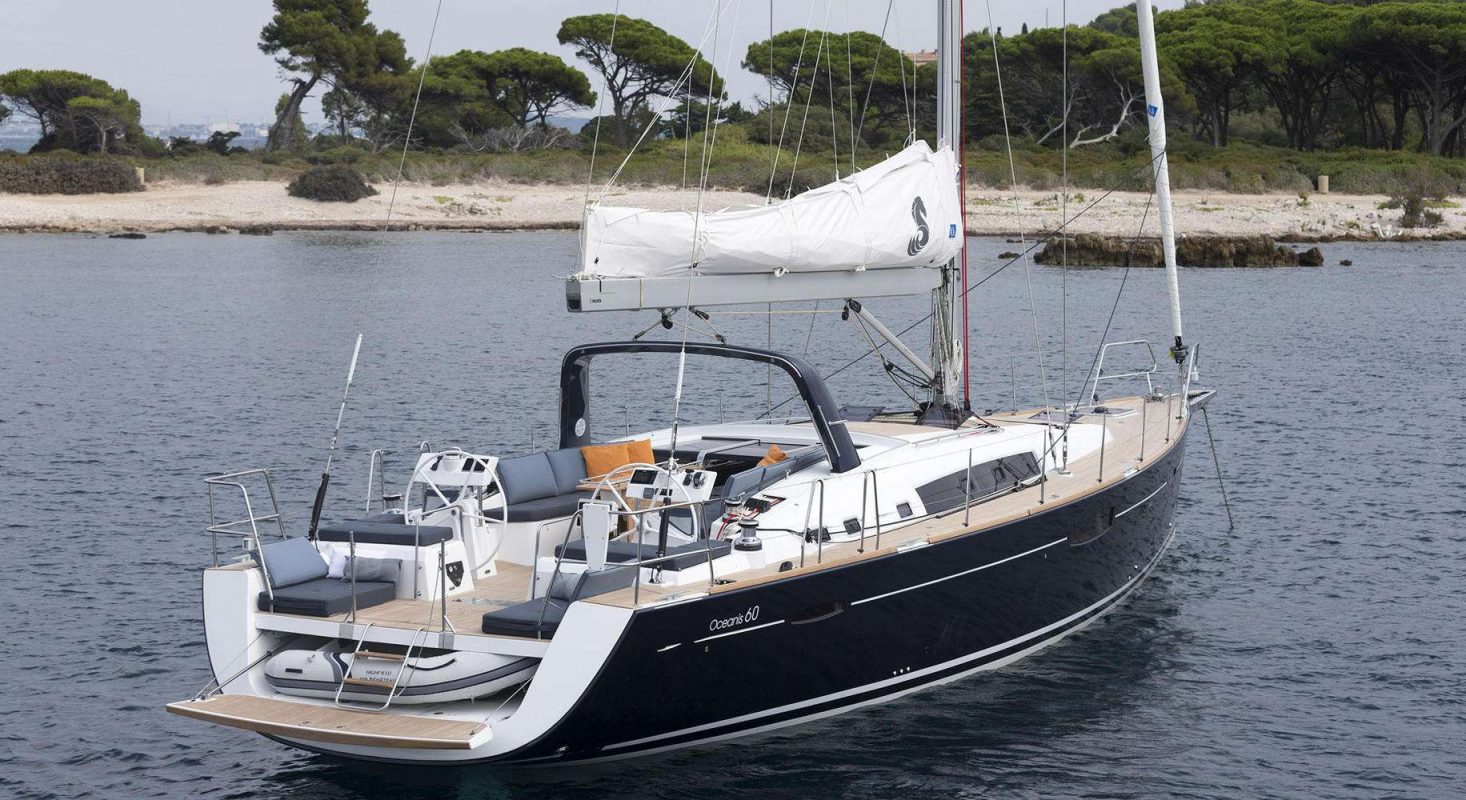 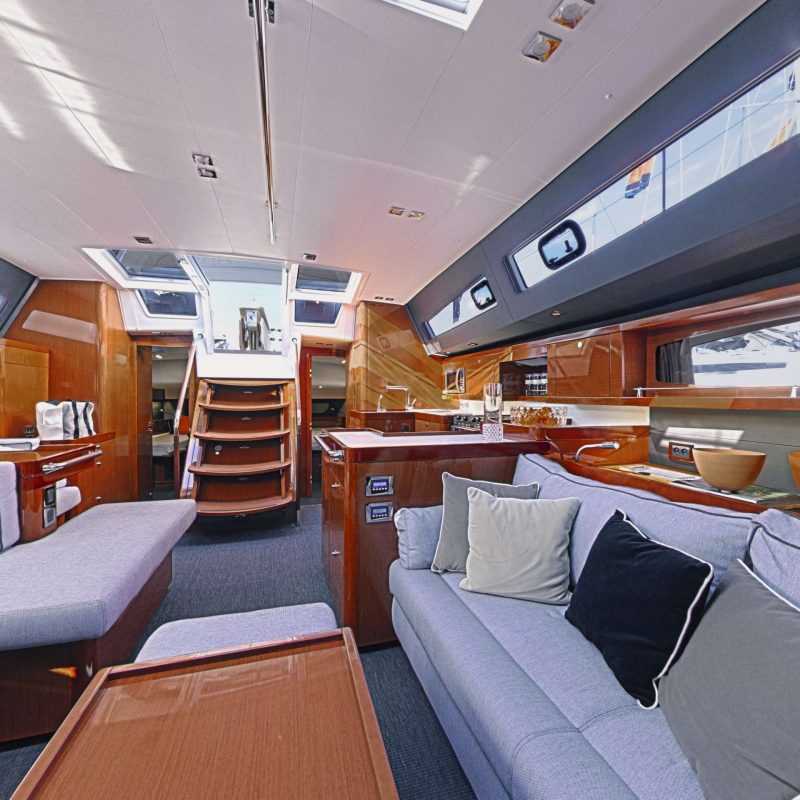 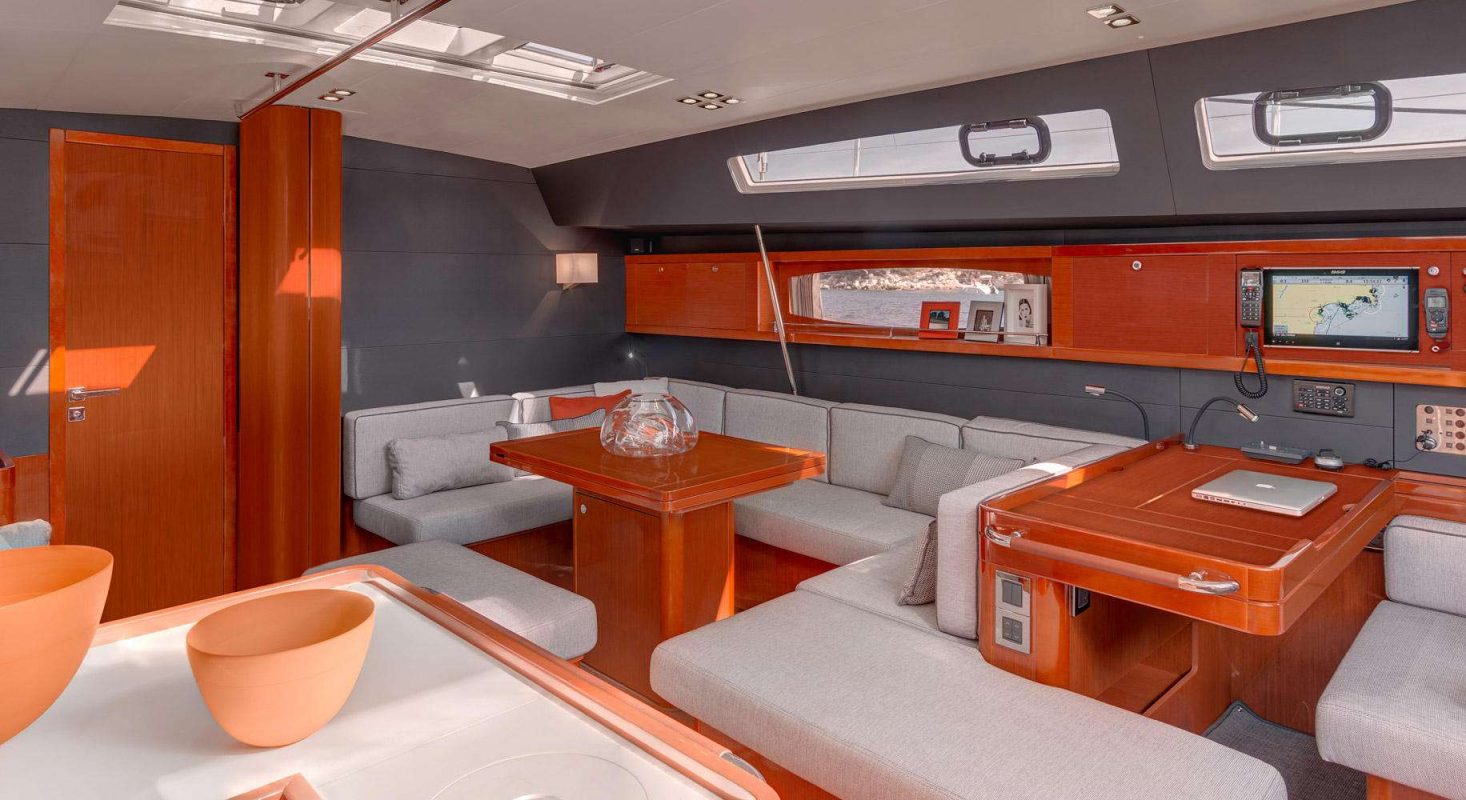 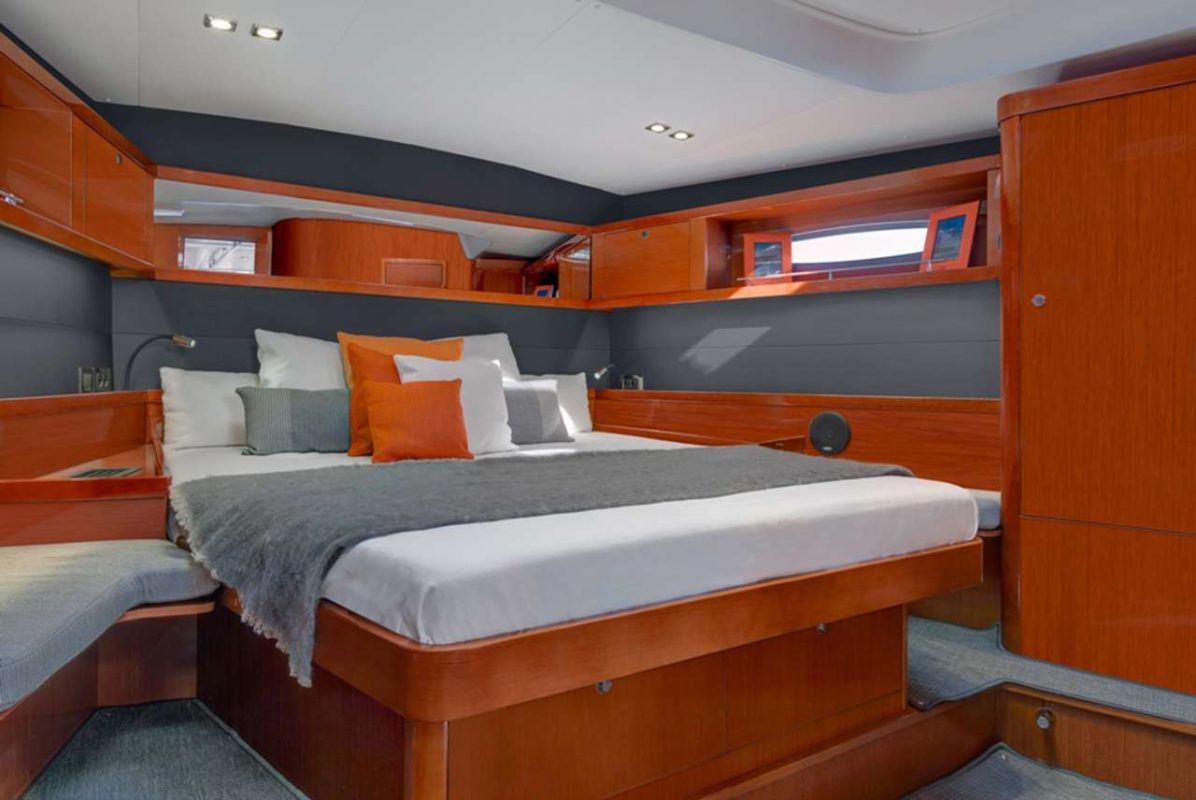 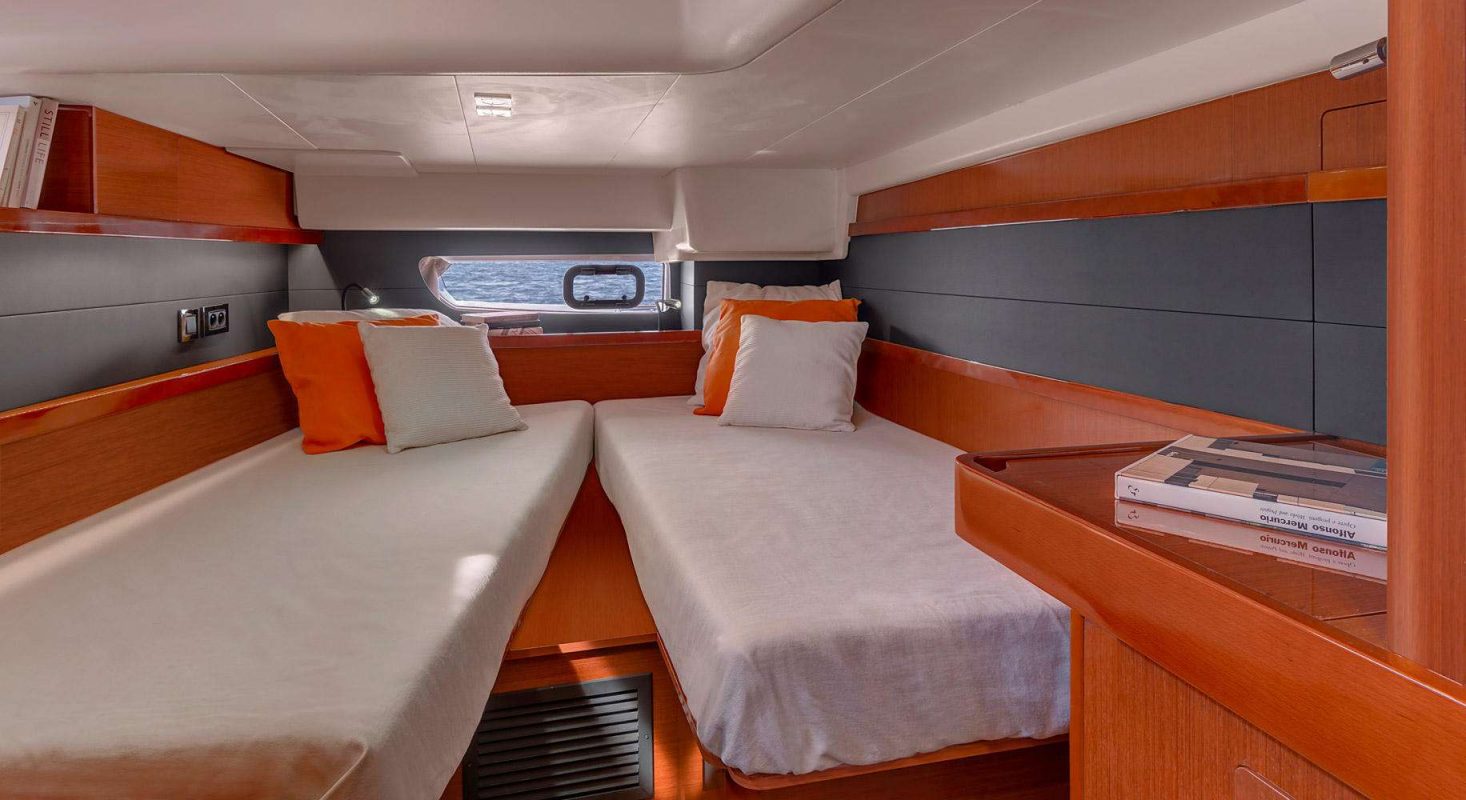 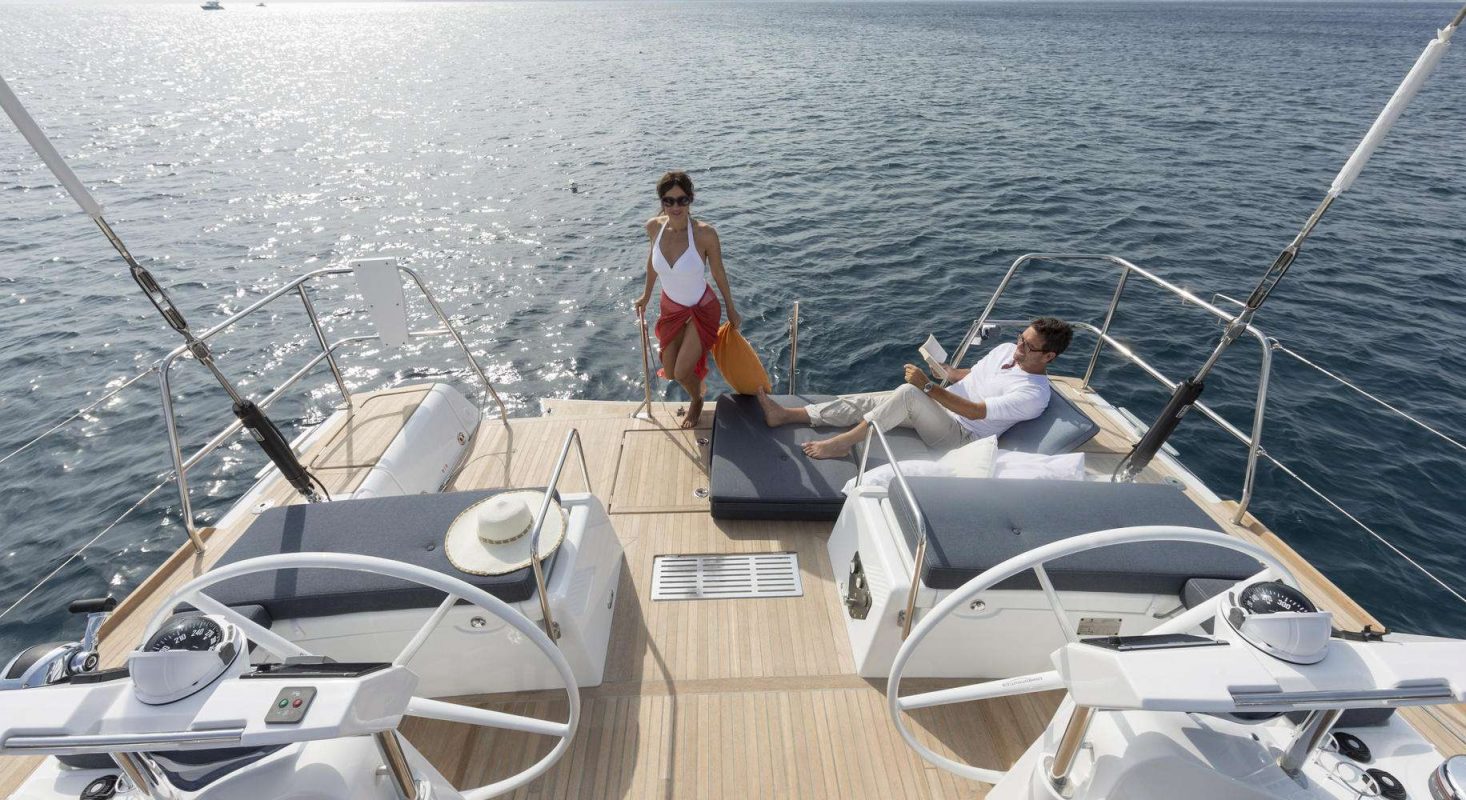 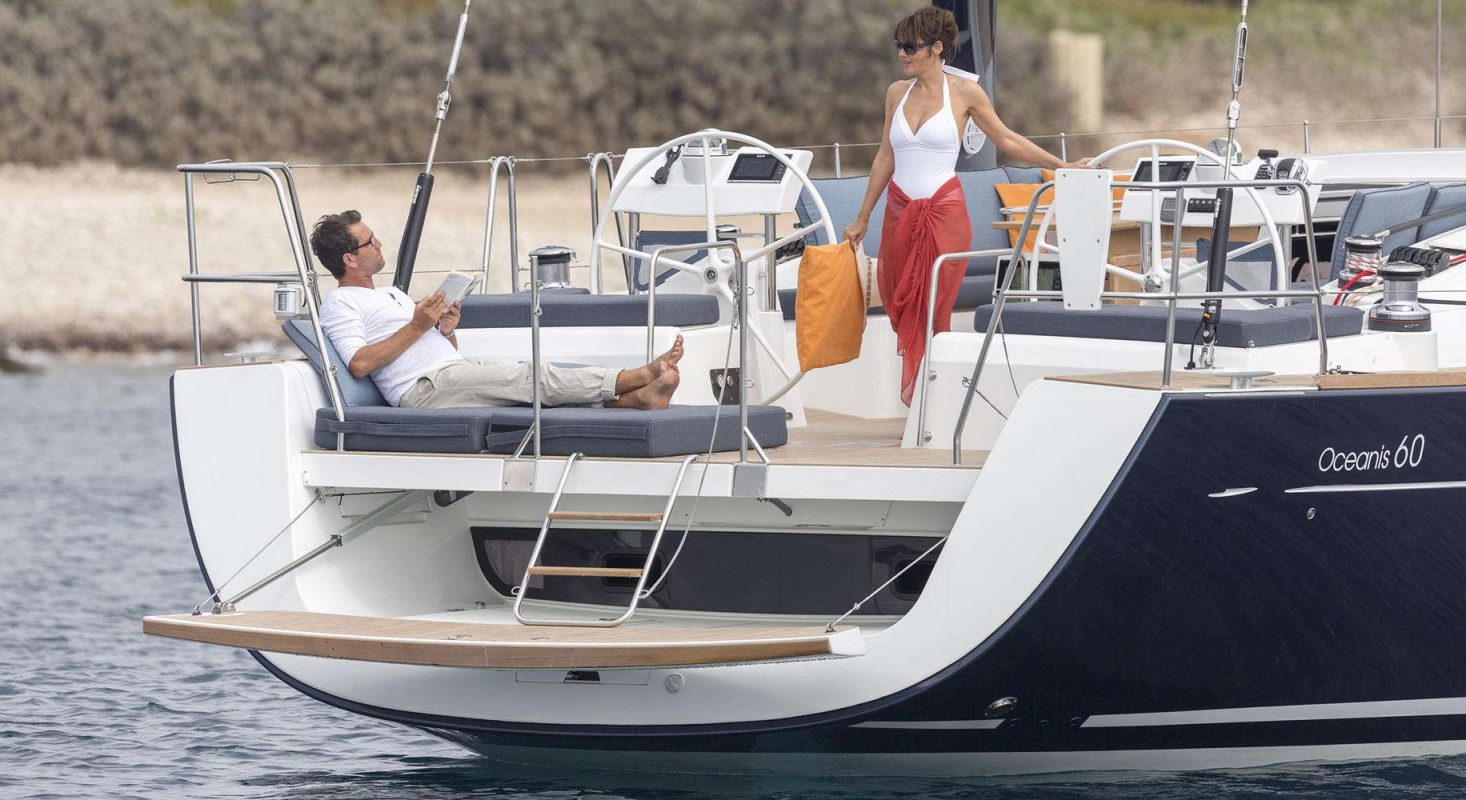 OCEAN STAR is a charter yacht that accommodated six guests in three fully air-condition ensuite cabins. The interior and deck is state of the art in modern yacht design, and includes a great combination swim platform and dingy garage.

Capt. Hugh O’Brien was born in England and is now a permanent US resident with a family and home in St Augustine, Florida.

Hugh started competitive sailing and ocean racing in the UK & France in 1987. He has completed in the intensive Royal Yachting Association (RYA) He has a 300 Ton Sail & Power Commercial Yacht Master License he acquired in 2002.

Hugh has a 20 year career in marketing and sales for IT and database companies. Over the years Hugh worked in some 20 countries and headed up operations in Europe, US, Asia and Latin America.

In 2017, Hugh purchased  OCEAN STAR with a partner in Charleston, leading to a maiden season for the yacht and crew in the Virgin Islands in 2018.

Hugh attended culinary classes in Europe, Japan and France, and has specializes in Mediterranean and Asian fresh food dishes with premium ingredients. Hugh is a social drinker and has a broad sense of humor when trying to catch fish!

Vivianne Swietelsky is the Chef and First Mate aboard CEAN STAR. “Chef Vivi” as she is called is based in St Thomas and Miami. She is known for her authentic interpretations of the world’s great cuisines – American, Mediterranean, Southeast Asian, Indian & Latin American.

She is also known to be an outstanding pastry chef and cocktail mixologist. For as far back as she can remember, Chef Vivi has been passionate about food and the artistry of its preparation. Her family life revolved around the enjoyment of great food. Her mother taught her to cook instinctually, from the heart.

Born in the U.S. to an Italian father and a Venezuelan mother, Vivi grew up in the United States, Italy, Switzerland, Germany, and Mexico, and is fluent in five languages.

Another one of Chef Vivi’s passions is sailing. She has enjoyed working on sailboats around the world. She has an ASA Certificate for Offshore Sailing gained in the U.S. Virgin Islands where she has owned and operated several yachts.

Tipping Guidelines
Placed the crew’s tip in an envelope and hand it to the captain. The typical amount of the tip is 15% of the base price of the charter. Scaling the crew’s tip up or down based on level of service is your option.

Important Details
You will be notified of any additional expenses that apply to the cost of your charter before you book charter.

Charter the Caribbean does not assume any responsibility for any information or images. Please note that the information provided is subject to change without prior notice and may not be current.

Be sure to click on the yacht’s brochure to see current Rates and Availability and much more. 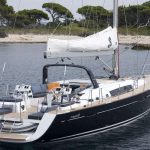 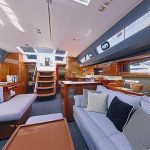 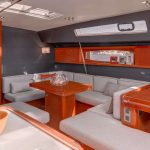 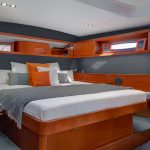 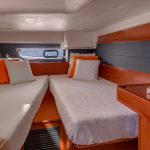 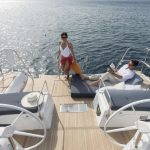 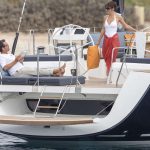